Samsung today introduced the Galaxy NX, a new system camera with interchangeable lens featuring the Android operating system. The camera is similar to the earlier launched compact Galaxy Cameras, only then in Samsung’s NX line of system cameras. 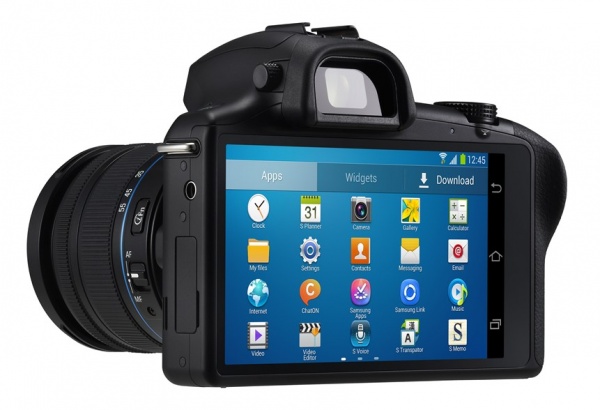 Thanks to Android, Samsung’s new Galaxy NX allows you to easily share your photos through 3G/4G or a WiFi connection. It also adds several other interesting features; Photo Suggest takes your geolocation and shows you where other people have taken photos in your vicinity, providing you with the best photography hot spots. Through the Story Album functionality, photos can be viewed on clear time line, as well as edited and grouped into a digital photo album. Android also provides options to directly add pictures to a Dropbox account, or share them on Facebook. 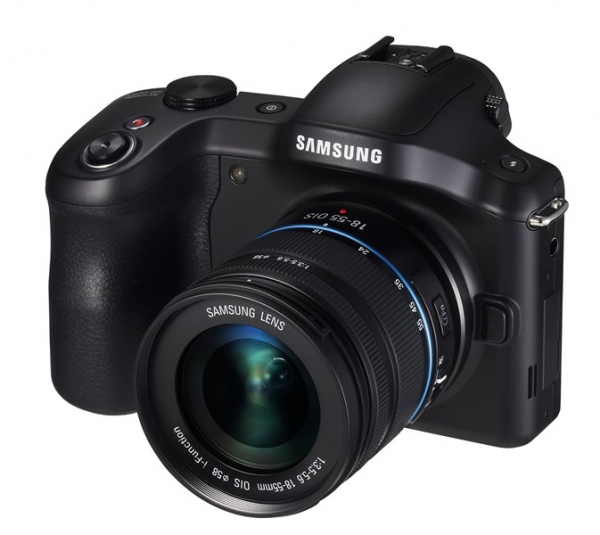 The new camera is compatible with all standard NX-lenses

The Galaxy NX  features a 1.6 GHz quad-core processor, DRIMe IV Image Signal processor and a 20.3 megapixel APS-C sensor. The camera offers a shutter speed of 1/6000. You can also take an entire series of pictures using the 8fps fast shooting feature. The camera has a a large 4.8-inch touchscreen with HD resolution.