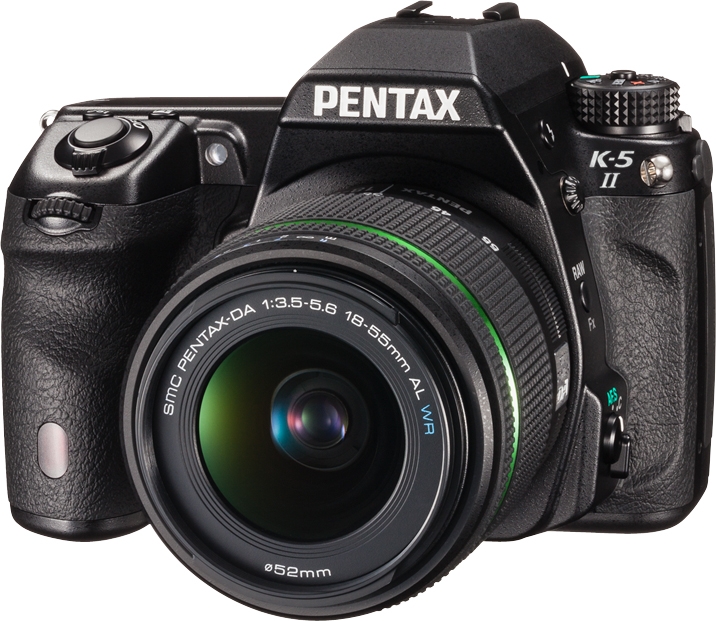 Denver, CO (September 10, 2012) – PENTAX RICOH IMAGING AMERICAS CORPORATION (PENTAX) today announced the introduction of its PENTAX K-5 II and K-5 IIs flagship digital SLR cameras, designed to advance the company’s well-received K-5 camera, which launched in October 2010. These new dustproof, weather-resistant and cold-resistant cameras include a newly developed SAFOX X AF sensor that delivers the broadest autofocusing EV range (-3 EV to +18 EV) in its class. In addition, the PENTAX K-5 IIs is offered without an anti-aliasing filter, making it the perfect solution for photographers who practice commercial and studio photography where camera settings, lens selection, lighting, and other shooting conditions are controlled.

The new PENTAX K-5 II / K-5 IIs offer a compact, solid body that delivers high quality image reproduction, especially when working in low light conditions. The camera’s new, highly sensitive AF sensor enables photographers to work with a luminous flux based on F2.8 levels in addition to F5.6, which increases the AF accuracy when using fast lenses. The AF sensor also includes an upgraded AF algorithm as well as the Select-Area Expansion feature, which automatically tracks the subject when it deviates from a pre-assigned selection point, by assessing data from neighboring sensors.

“The new K-5 II and K-5 IIs deliver an extensive range of photographic possibilities for the resolution-conscious photographer in all of us. As a successor to our popular K-5 camera, these new models offer upgraded features designed to produce superb image quality, including the new AF sensor which is especially useful for photographers working in low light conditions,” said John Carlson, Sr. Manager of Sales and Marketing, PENTAX.

High quality LCD monitor with outstanding visibility outdoors
The K-5 II includes a 3.0 inch, wide-view, air-gap-free LCD display with approximately 921,000 dots for excellent visibility when outdoors. Situated between the front glass panel (which is coated with an anti-glare film) and the LCD screen is a unique resin layer that alleviates the reflection and dispersion of light to effectively prevent ghost images and maintain image brightness. The LCD cover is also made of tempered glass to keep it free of scratches and abrasions.

Compact, solid body with dustproof, weather-resistant construction
The K-5 II’s exterior casing is made of sturdy and lightweight magnesium alloy, while its chassis is made of highly rigid stainless steel. With 77 special seals in its body, the camera offers a dustproof, weather-resistant and cold-resistant construction, assuring reliable operation at temperatures as low as 14°F (-10°C). It also features a dependable shutter unit for a top shutter speed of 1/8000 per second, and the ability to withstand as many as 100,000 shutter releases.

PENTAX-original SR mechanism
The camera features the PENTAX-developed SR (Shake Reduction) mechanism, which compensates for the adverse effects of camera shake by approximately three shutter steps for blur-free images. The SR mechanism works with a variety of PENTAX interchangeable lenses – even those designed for film-format cameras. Thanks to its flexible design, which shifts the image sensor unit in all directions within the image place, the K-5 II offers several useful features to assist the photographer during shooting, such as auto level compensation and image composition fine-adjustment functions.

Bright, clear optical viewfinder with a nearly 100-percent field of view
The K-5 II features a glass pentaprism finder with a 100% field of view and approximately 0.92-times magnification (with a 50mm F1.4 lens at infinity) for an exceptional view of the entire image field and improved accuracy while photographing. The camera is also equipped with the Natural-Bright-Matte III focusing screen to facilitate manual-focus operation.

High-speed, continuous shooting to capture up to seven images in one second
The K-5 II’s high-speed continuous shooting mode allows photographers to record as many as 30 images (in the JPEG format) in a single sequence at a maximum speed of approximately seven images per second. This is ideal when shooting fast-moving subjects such as athletes and wildlife – all with ease and precision.

Additional features of the PENTAX K-5 II / K-5 IIs include: 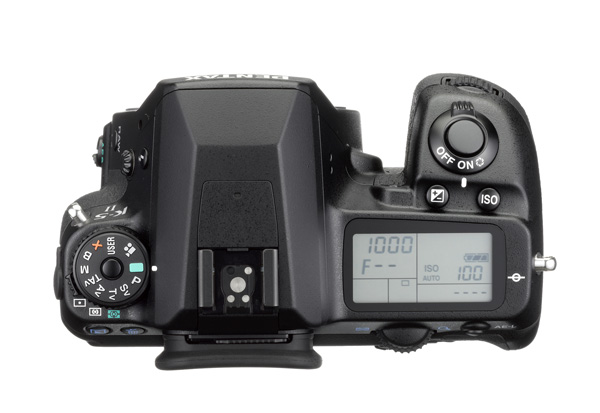 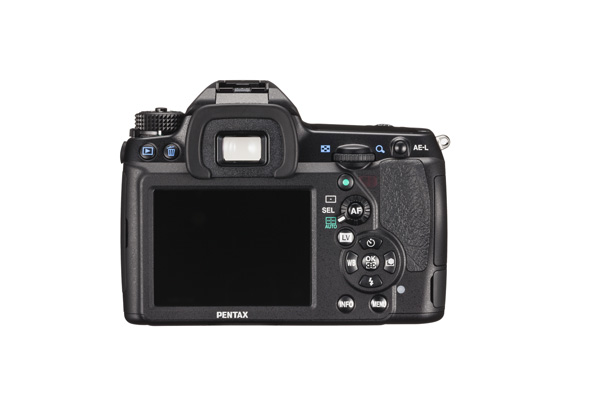