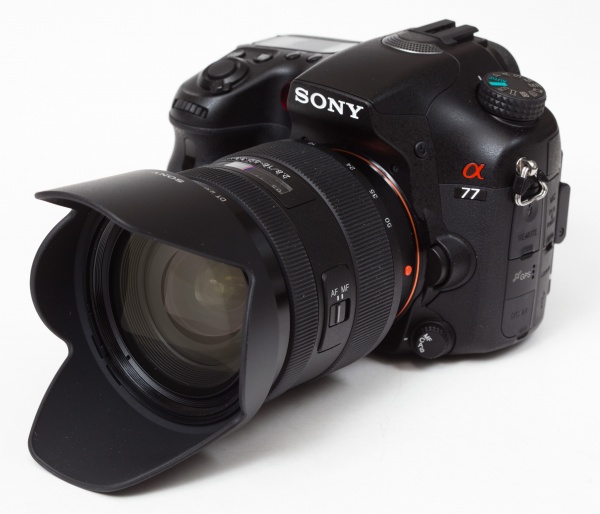 Available for free download from 29 March 2012, firmware Version 1.05 adds several enhancements to both cameras. Alongside heightened responsiveness, it improves operability of both cameras with a wider choice of A-mount optics by Carl Zeiss and Sony.

Both cameras can now intelligently correct vignetting, lateral chromatic aberration and distortion for a total of 11 A-mount lenses, including a further six models that are now supported:

Operability of both cameras is further improved with a number of refinements that facilitate smoother, faster handling.

Autofocus accuracy is now improved when focusing on scenes with wide contrast difference between objects (applies to SLT-A77 only). In addition, AF speed is improved when using both cameras with the recently-announced SAL500F40G 500mm F4 G SSM super-telephoto lens by Sony. You’ll be able to focus faster on athletes, wildlife and other distant subjects with this bright, high-magnification lens that is available exclusively to order.

Firmware version 1.05 for the α77/α65 Translucent Mirror cameras by Sony is available as a free download to registered owners